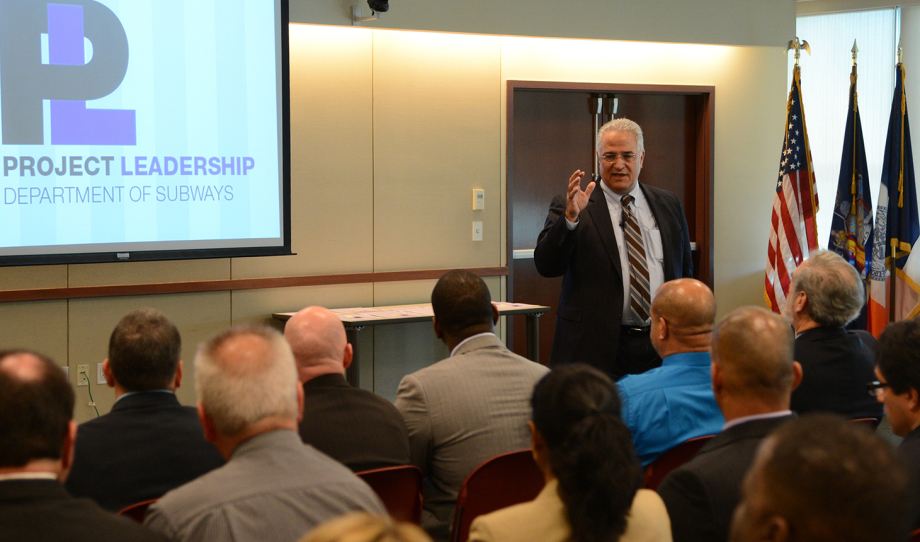 Carmen Bianco is the principal at Bianco Associates. His work on organzinational culture and business performance spans the globe.

As president of the subway and bus systems, he was responsible for the safe and efficient transportation of New York City Transit’s nearly eight million daily customers.  Carmen directed a workforce of more than 48,000 employees and an annual operating budget that exceeded $10 billion.

Carmen and his team guided the agency through significant snowstorms, Hurricane Irene and Superstorm Sandy, which took a critical toll on significant areas of the 110-year-old infrastructure. Despite more than $4 billion in Sandy-related damage, Carmen and his team restored 80 percent of subway service within five days.

As New York City Transit worked to deliver consistent service to daily ridership that has steadily expanded to more than 8.2 million people, Carmen lead his team to plan service for the future by evaluating ways to deliver higher-capacity, more environmentally friendly and technologically advanced trains and buses and improved levels of customer service.

Carmen joined NYCT with 33 years of experience in corporate safety, loss control and transportation operations. He worked in key leadership positions at Amtrak for more than 17 years and served as New York City Transit’s assistant vice president of system safety between 1991-1995.

For a decade, Carmen worked with DuPont and BST, two of the most highly sought consulting firms, advising international business leaders from Fortune 100 and 500 firms on organizational culture change to support operational excellence.

In his consulting, Carmen advises corporations on issues involving leadership, culture, strategy and operational practices. In addition to being an advisor to several CEOs, Carmen has an extensive list of senior executives who continue to use his skills and experiences as a senior executive and professional coach.